Bonded by Family and Shared Hope for their Future

The bond between siblings is unique – it’s a shared childhood and for many, a lifelong friendship. For Sean and Cheryl, their shared DNA meant that the similar symptoms both were experiencing were a genetic condition called Pompe disease, which is a rare and difficult-to-diagnose disease that progressively affects muscles throughout the body. Together the siblings are strong and through it all, they’ve had each other to lean on.

“Somebody pointed out that I use my hands to push myself up from a seat and then I started noticing it was, more and more difficult for me to get up, to walk one flight of stairs,” explains Sean. “The first time I went to the doctor, they told me everything seems fine, just go to the gym and workout.”

But everything wasn’t fine. Over time, Pompe disease can cause weak muscles, enlarged liver and respiratory issues. These were some of the symptoms Sean was experiencing, but he didn’t know they were all correlated to one disease. He was determined to find out what was going on.

“When my daughter was first born, my wife and I were living in a basement apartment. It got to the point where I couldn’t hold her and walk up the stairs without having some sort of assistance,” recalls Sean. “That was the turning point for me. I started becoming more and more aggressive in my search to find out what was going on with me.”

A neurologist finally had an answer. He informed Sean he had Pompe disease, but didn’t know much more about the diagnosis. Sean did his own research on Google. He vividly remembers the first search results incorrectly stating the life expectancy after a diagnosis was three years – at the same time, his wife started reading the same article and she had tears rolling down her face. To comfort her, he told her he was going to fight to be around for her and their young daughter.

After he learned more about the disease, specifically that it was genetic, he called his family members to tell them what was going on. He strongly suggested his family also get tested for the disease.

“The day my brother called me was very shocking. He told me that I should also be tested,” states Cheryl. “I quickly scheduled the blood tests. Like my brother, I too had Pompe disease.”

Cheryl had been having symptoms for a very long time. She had problems walking and her liver enzymes were very high. But after more than 10 years of the same symptoms, her doctors chalked it up to it just being unique to her.

After her blood test came back stating that she had Pompe disease, Cheryl’s husband was tested to ensure he was not a carrier. Since he was not, her children did not need to be tested.

“Siblings definitely need to get checked. You just want to make sure you’re not unknowingly living with a disease that can be devastating,” explains Cheryl. “A diagnosis means you’re not waiting for signs of the disease, but rather you’re taken care of the way you need to be taken care of.”

Each person inherits 23 chromosomes from each parent. As a result of the different combinations, siblings share about 50% of their DNA. Just because one sibling is diagnosed with a rare genetic disease, do not guarantee all of the family members will be diagnosed. 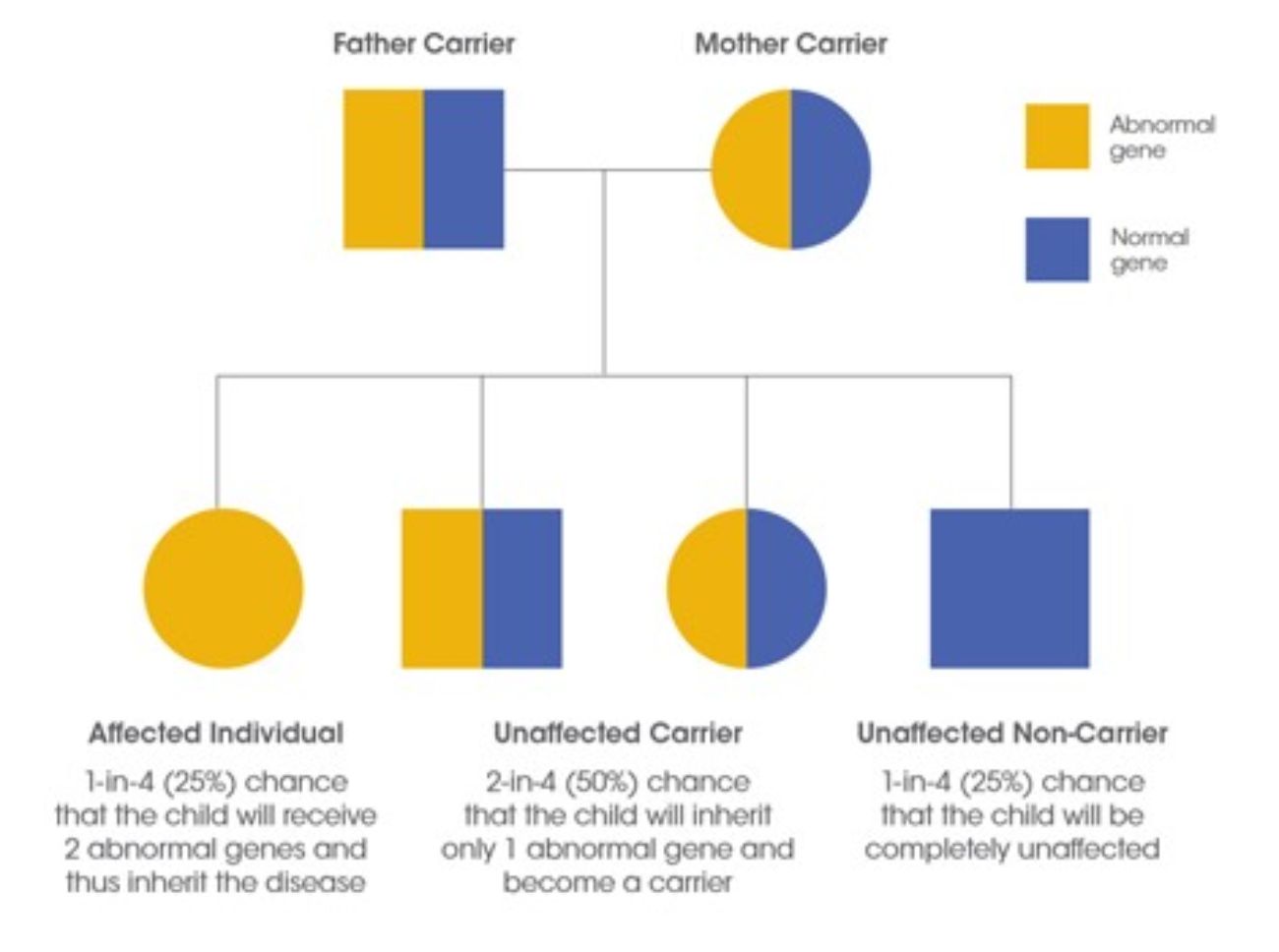 Learn how the autosomal recessive genetic disease is acquired when a child inherits 2 GAA gene alterations, 1 from each parent.

For Sean and Cheryl, the diagnosis has made them partners in fighting the disease and they have helped each other through the difficult times. They acknowledge it can be difficult talking with family and others about living with a genetic disease.

“Besides my sister, I didn’t have other people to talk to about it at the beginning and I wasn’t aware of some of the support networks,” notes Sean. “Now, as I’ve broadened my support network, I try to let others know I’m here for them and will try to help them however I can.”

More than three years after Sean found out he had Pompe disease, conducted his own research and convinced his sister to be tested, both are managing the disease and strongly advocate for families to be tested.

“I have Pompe. Pompe doesn’t have me,” says Sean. “When I was going to school they always use to say, ‘adapt,’ and I’m bringing that onto this.”

Genetic testing has empowered both Sean and Cheryl, because with a clear and definitive diagnosis, they both have hope for the future.